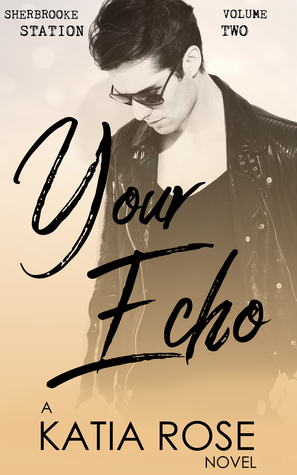 Stephanie is a meditation coach and ballet dance teacher. She should still be a dancer, but choices were made that changed who she is. What saved her is meditation which is what brings her back to the AMM or the Societe de Meditation de Montreal. The AMM certain doesn’t cater to the rich and famous, let alone give private lessons. Yet, Stephanie does exactly that to the lead singer of Sherbrooke Station and up and coming alternate rock band that is putting Montreal on the map. The only reason she knows about this band is her fan crazed roommate, Molly. Molly tells her everything about the band including how much of a partier Ace is. That is a lifestyle she left behind a long time ago. She can’t deny the attraction she feels for the rocker.

Ace Turner is the lead singer of Sherbrooke Station and on the verge of losing everything for his band. One too many benders which by the way, they encouraged before the European tour, but now not so much. It’s either go to meditation sessions or rehab. No way is he going to rehab for something that he controls. Besides after Matt drags the entire band to a park meditation session, Ace had a writing break through. He’s suffered from writer’s block for months. The label wants them to record in a matter of days. The song is unfinished. After going to the park, Ace stays up all night writing. He wants that clarity again.

Can he find that clarity while maintaining his distance and attraction to Stephanie?