Grayson Cole has always been treated like he wasn’t worthy. An orphan that his uncle raised in a small town mechanic shop. His best friend Danny Harris took him in. The two of them were inseparable. Danny, the golden boy of the town with the bad boy from the wrong side of the tracks. His sister is four years younger. Her senior year, Andrea or as her friends call her Drew decided that she was ready to cash in on her childhood crush on her brother’s best friend.

Grayson joins the military right after completing college with Danny. Both of them are deployed together in Africa. A few things change for both men that changes everything. Grayson blames himself for the events that occur. He also comes home with PTSD.

Grayson doesn’t return to the small town after his deployment instead he flies to where his aunt lives under hospice care. He remains with her until the uncle who raised him passes away. His uncle left Gray his mechanic shop and the family heritage (which I won’t tell you what exactly that is to keep from spoiling a plot point). Gray returns to the small town to heal himself. At first, he lies to himself about why he’s back. He doesn’t admit that he’s back for Drew. 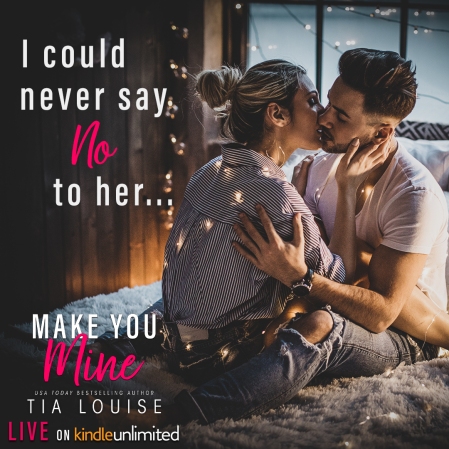 A few towns people are against Gray’s return. Drew’s heart skipped a beat just saying his name, let alone seeing him standing in his uncle shop. He looks sexier and more built than he did before. Drew’s work at a local behavioral therapy clinic with her best friend helps her realize what she really wants. How he father’s addiction is not something that she can cure him of. He has to help himself.

MAKE YOU MINE by Tia Louise is live!!!! 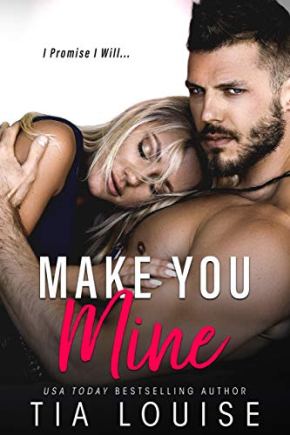