I didn’t realize that there are two other books that follow the character in the book. Only one scene did I feel like there might be more to this book or other books that will help me understand these characters better. I will be getting the two books before this: Let’s Get Textual and I Wanna Text You Up.

Monty Andrews left her sheltered life with her parents and younger brother after being cheated on by her fiance. That is when she realized that she lives for other people and says “yes” to everything. All of this conformity has come at a cost–a loss of her identity. Monty moves in with her twin sister. She decides that her “yes life” is over. She’s going to take more chances, do more things. That’s how she ended up at a bar with her sister, Denny. Oh, and making out in said bar with a gorgeous tatted up stud in the women’s restroom. Both things she would have NEVER done before. Oh, how his hands, and mouth feels on her skin. The knock on the door brings her to her senses–literally. 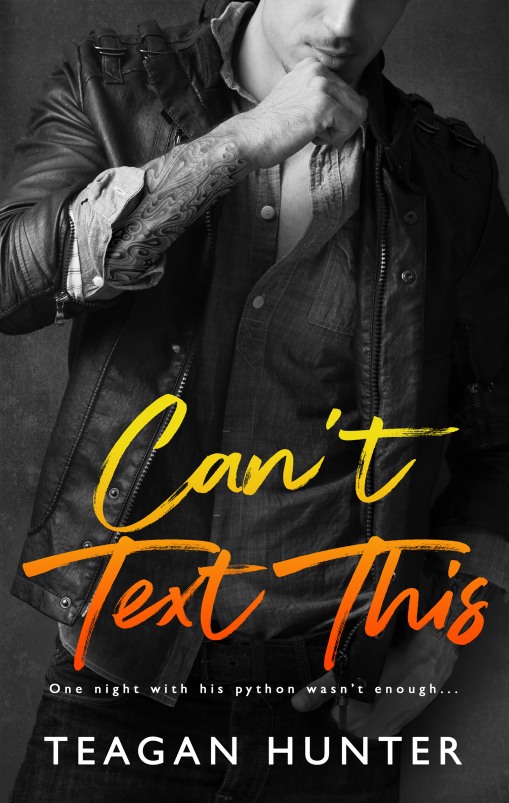 Robbie Cross is a single dad blowing off steam while his son is with his mother. He has joint custody of Xavier. When he goes to the bar for a drink, he can’t take his eyes off of the redhead who doesn’t belong in a bar–library, yes–bar, no. He gives her the cheesiest pick up line about his tattoo. Most people think the python, he’s referring to is another body part.

After their hot and heavy make-out session, Monty runs out of the restroom. But not before jotting down her number on a paper towel. This beginning the weeks of texting between the two. They text about everything from Robbie’s son to Monty’s insecurities. Robbie runs into Monty at the mall–shoe shopping. Yet, another make-out session happens behind the mall. They continue to text until they can no longer deny their attraction. They decide to “bang” the attraction out of their system. Too bad that didn’t work. Their attraction and passion for each other grew. Everything was terrific until….

parent night at the elementary school that Monty teaches at–and Xavier goes to school. Robbie finds out that Miss. Andrews is his sweet Monty. Robbie wants what’s best for Xavier, but he can’t stay away from Monty. He has to make a decision.

That’s how I ended up in the bathroom of some dive bar with a stranger.

Me, Monty Andrews, the quintessential virgin girl next door.

I was so out of my element, but there was no denying our explosive attraction, even via text.

Commence Operation Bang Each Other Out of Our Systems, because that was all it was—unfinished business.

I had no intention of falling back into the sheets with the tattooed, muscly, dirty-in-the-best-kind-of-way single dad over and over again…but I did.

Everything was going great—until we discovered I was his son’s teacher.

TEAGAN HUNTER is a Missouri-raised gal, but currently lives in North Carolina with her US Marine husband, where she spends her days begging him for a cat. She survives off coffee, pizza, and sarcasm. When she’s not writing, you can find her binge-watching various TV shows, especially Supernatural and One Tree Hill. She enjoys cold weather, buys more paperbacks than she’ll ever read, and never says no to brownies. For more information, please visit www.teaganhunterwrites.com.