Ella Jones decided she wanted her 21st birthday to go out with a big bang. Boy, did that happen! She had a one night stand with her best friend, Ryan Owen. Somehow, they were able to return to their easy going relationship–until Ryan spends the summer in Australia and returns with a new buddy, Liam George. For some reason, Ryan does everything possible to prevent Ella from having a relationship with Liam even though Ryan has a girlfriend.

But what happens when Ryan breaks up with his girlfriend and tries to keep Liam away from Ella? The girl he has been in love with since Freshmen year but was too chicken to say anything. Why does he have this gut wrenching feeling every time Liam is near Ella? How can he make it stop? Instead of admitting his feelings for Ella and developing a relationship, he turns her into a second one-night stand. Can they return to their easy going relationship after another one night stand? They realize that things can’t return to how they once were. Ryan thinks that Ella returned to Liam after their night together during Spring Break, but Ella really broke things off with Liam. When the trip is over, Ryan returns to his annoying ex.

Can the two of them find their way back to each other? They both yearn for their friendship. An more importantly–each other. Can they put the pieces back together for a friendship or more? 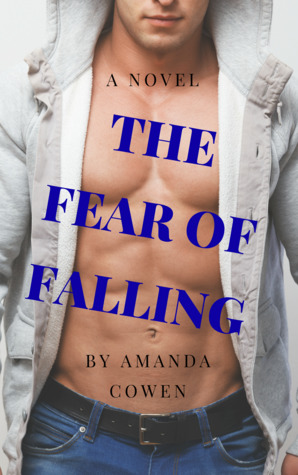 When Ella Jones’ twenty-first birthday ends with a bang – literally – she never imagined it would be with her best friend since freshman year, Ryan Owen.

A year later, after their so called “mistake”, they’re still best friends and about to rock their Senior year at the University of San Francisco. But when Ryan returns from spending a summer in Australia and brings back a friend, Liam George, who takes an immediate liking to Ella, Ryan starts to question the Aussie’s intentions with his best friend. The trouble is, Ryan has a girlfriend of his own, and Ella and Ryan swore they would never cross that line again – until they do.

They try not to let their second slip up affect their friendship, but when Spring Break forces them to vacation under the same roof; and Ryan’s ex walks back into his life, Ella is shocked by a fierce stab of possessiveness. And when Ella continues to see Liam, Ryan finds himself plagued by unfamiliar jealousy. With their friendship strained for the first time, Ella and Ryan face an alarming truth: Maybe they can’t be just friends. Maybe they are falling faster than expected. And maybe, deep down, they want to

AUTHOR BIO:
Amanda Cowen can be found eating cupcakes, singing off-key, or watching a good RomCom when she isn’t trapped on her computer writing stories. She is an “It’s Always Sunny in Philadelphia” fanatic, a hater of roller-coasters and a country music junkie. She lives in Thunder Bay, ON where the summers are short and the winters are long.

Do you prefer reviews with the author’s pictures or does it really matter?