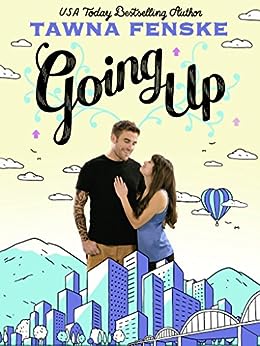 This is a kindle motion novella. I didn’t realize that my kindle doesn’t have those features–I was completely bummed out about that. But the novella itself is a sweet romance.

Lexi Allison is used to warding off unwanted advances from men–she is a mixologist at a premier bar that she owns. She doesn’t wear a fake wedding ring for nothing. Getting stuck in an elevator with an intimidating Noah Donovan was not part of her plans. Lexi hates confined spaces. But being with Noah wasn’t so bad–two truths and a lie helped relax Lexi a bit. Learning details about Noah and the softer side of the large tattooed construction worker–mason.
Well until later that night when Lexi realized that her best friend’s packrat disappears that she was babysitting.
Noah finds a little extra something in his lunch box when he returns home for the night after being trapped in the elevator for an hour and thirty-five minutes. He was a bit disappointed when the elevator began to work.
Somehow Noah found a way back to Lexi and to return her packrat before her friend returned from vacation.