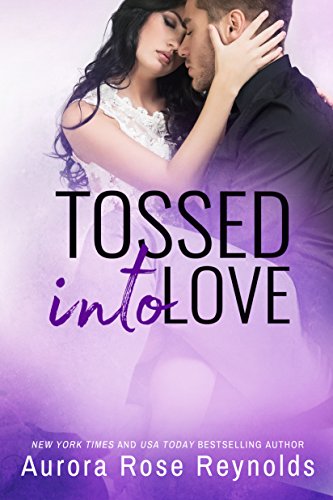 Libby Reed has a terrific job at one of the posh salons on 5th Ave. She has a side business where clients can rent designer dresses. But she feels empty–not even discount shopping for her favorite designer brands helps. She always feels better after spending a few moments in her favorite pizza place–Tony’s. She frequents so often that she has become friends with the owners. When Tony has a heart attack, Libby steps up to help out at the pizza place. Her helpful nature comes at a price–she has to work with their incredibly gorgeous son, Antonio who she has had a crush. Antonio has always been mean and almost cruel to Libby. As the two of them work together, Libby realizes that Antonio has a softer side.

Antonio has always hated Tony’s. He spent copious hours of the day, slept on the office sofa waiting for his parents to close up for the night, summers spent cooking pizza instead of vacationing. Now, that his father has decided to sell the restaurant, Antonio can breathe. No more spending hours working the pizza place after working a 48 hour shift at the station house. But he has been able to spend more time getting to know Libby. He has always liked Libby but he has to protect his heart. Libby loves designer clothes much like his superficial ex who wanted him to change jobs so that he could afford to buy her all the designer things. He’s not going to make the same mistake twice. He’s an asshole to Libby. It’s the only way to protect himself. He only has to make it until the new owners take over. Then he’s done. No more Libby even though she’s all he thinks about. He walks her home to make sure she’s safe after closing. He also decides to take her to dinner. But Libby is keeping a secret that could end their relationship before it even begins.