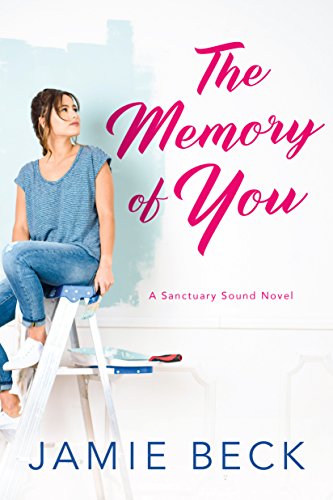 The Memory of You
Jamie Beck

Ryan Quinn had his heart shattered by his high school sweetheart, Steffi Lockwood. He thought the gorgeous Val was the answer to his prayers. But returning to his parents house with his daughter, Emmy after his marriage to Val failed–Ryan realizes that Val wasn’t the only person at fault for the failure of his marriage.

Steffi Lockwood is starting a new business with her best friend Claire. She doesn’t have the option of being picky who her clients are–even Molly Quinn, who Steffi hasn’t spoken to since she ghosted Molly’s son in college. Steffi thought breaking up with Ryan was the right thing to do. She wanted to see the world without any hinderances. Ryan wanted to start a family and begin a new life together. Steffi ghosted him with the support of her women’s soccer team. But ten years later, she questions whether she made the right decision even though Ryan seems happy with his wife and daughter. After Molly hires Steffi to convert the screened in porch to a fuctional family room. Steffi has to deal with Ryan and his daughter Emmy during the construction. Steffi wants closure with Ryan. Ryan hates her for what she did to him.
Ryan notices how sweet Steffi is to his daughter and how Emmy confides in Steffi. All of his old feelings resurface, but Steffi has a secret that even she doesn’t entirely understand. She blanks out and freaks out. Steffi thinks its from the numerous concussions she suffered while playing soccer–the last concussion, a mugging in Hartford. But Ryan knows it’s something more. Something that she blocked out and that could keep them apart.