I loved the easy friendship that developed between Brian and Kate. Both are getting over complete heartbreak from their exs. Brian’s life is a complete hot mess since he’s not only dealing with Marcie’s depression, alcoholism, but also stepping up to care for their daughter. A daughter he’s no longer allowed to see when he wants since Marcie wants a divorce. But what happens when Marcie finds out that Kate is in the picture?

Kate knew she should stay away from Brian. Honestly, she just wants someone to share a meal with and spend time with. Since moving to the suburbs from her swanky apartment she shared with Oliver, Kate is lonely. She doesn’t have anyone to really talk to. Her bestie Carlee lives in the city and is busy. It’s nice to share food, wine, and watch television with someone without pressure. Kate can be herself around Brian. But what happens when Oliver wants Kate back? Kate thought that Oliver was her forever guy even if Carlee warned her that Oliver is a playboy. What’s a girl to do?

I received an advance review copy for free, and I am leaving this review voluntarily.

It’s not so easy to move on when someone wants you back.

Brian and Marcie were supposed to live happily ever after–they repeated vows that stated that very sentence. So no one, especially Brian, could have predicted that Marcie would file for divorce. It was difficult to fight the situation, finding that all his possessions were packed and waiting by the door when he came home from work that Thursday evening.

Kate Moore sat in a stupor for a month. Unlike any other breakup she had experienced, this felt more like a drive by shooting, with her ex holding the smoking gun as he sped away. What happened, she asked herself, knee-deep in peanut butter cups and bags of cheese doodles. Oliver was the man she was going to marry…she’d already pinned a secret board of wedding dresses and honeymoon destinations.

1247 Sycamore Street, Apartment A and B respectively, is where Kate and Brian find themselves after their tumultuous breakups. An unlikely relationship would soon ensue between these shattered souls, and ‘what ifs’ would slowly rise to the surface of their attraction for one another. But, what would happen to their budding relationship when their ex’s want a second chance? 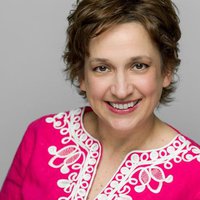 Julieann lives in Virginia, yet longs to live everywhere else. It doesn’t come as a surprise that along with her gypsy soul, comes an active imagination. That’s why she loves to write and invent worlds and people, so that she can formulate their happily ever after. Hobbies include cooking new recipes, sewing, and spending time with her cute boyfriend/husband and six fabulous children. Vacations happen in Nantucket or the Carolina beaches—anywhere there is inspiration for her next book. One day she hopes to travel to Italy, drive one of those little cars around the countryside, and speak the language fluently!
AUTHOR WEBSITE
https://julieanndove.com
SOCIAL