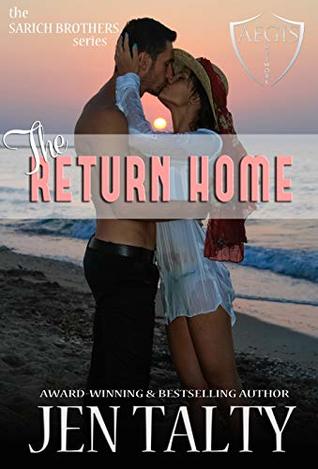 Major Dylan Sarich is the only brother that is not only still enlisted in the military but also the only single brother. All of his brothers have found their forever. Dylan is married to his job and the elite Delta Force. That is in jeopardy after his last secret mission that ended horrifically with Dylan waking up in a military hospital in Germany. Dylan barely survived that last mission. Now, he’s home with his mother to heal for a few months before he returns to Ft. Bragg. He needs the swelling in his brain to go down, his broken ankle to heal, and to come to terms with his PTSD. He also needs to keep his meddling mother at bay. She wants to marry off her last single boy to her lovely neighbor–Dr. Kinsley Maron.

Kinsley is a psychologist that specializes in PTSD and brain trauma at her private practice. She really wanted to tell he kind neighbor that she couldn’t help her son. But she couldn’t especially after meeting Dylan–and seeing his  troubled soul. Moreso, the next day after hearing Dylan screaming from his nightmares. She was also incredibly attracted to Dylan which is why she prayed that Dylan didn’t want him as a patient. He didn’t want to see a professional for his issues. But Kinsley did tell Dylan that she would be there for him as a friend. They had meals together, watched the sunset while they talked. She helped him find the root to his nightmares.

Until she started to appear in his nightmares. Both Dylan and Kinsley have commitment issues. Neither of them believe in long term commitment. Yet, they both crave it.