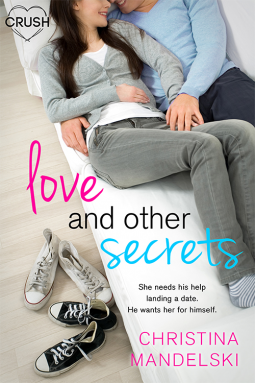 Alex Koviak or as his lacrosse buddies call him “Kov” appears to have everything. He is popular, rich, but he has no idea what he wants to do with his life once he graduates high school. He never thought he would met his challenge at the express check out lane at Publix. Bailey pushes him to be a better man. Challenges him at every turn. But no one knows they are friends. She visits his house after work to watch movies and eat dinner together. It is the best part of his entire day. But at school, he is the popular super jock and she is the nerdy A/V girl who is trying to win a film scholarship to NYU.

Bailey enjoys her little moments with Alex even if he has an overly inflated ego that Bailey enjoys deflating. Bailey is a planner. She has a goals board with the next five years of her life planned out. She encourages Alex to make plans for his future even when he is sabotaging himself by throwing large parties at his house for his parents’ attention.  His parents love Bailey since she is such a positive influence on their son. Bailey is uncomfortable around them and Alex’s lifestyle since their family lives in a McMansion complete with a ballroom and a room filled with formal dresses from Alex’s grandmother.

Their relationship is put to the test when Bailey asks Alex for help with a promposal for her film documentary about Prom traditions. She wants Alex’s help since he is constantly being promposed to in very elaborate ways. Ironically, Alex has never needed nor wanted to prompose …until this year. He had planned out how he was going to ask Bailey to the prom. But not in an elaborate promposal way since that is not something Bailey would want. But yet she is asking him to help her do just that for Tex–another lacrosse player. Is she asking him for the film documentary or for a long term boyfriend? Alex has a reputation for being a player. Bailey doesn’t deserve someone like that which is why Alex is re-thinking everything about his life.

How can Alex help plan her promposal while also sabotaging it? Can he really sabotage Bailey’s dream? If she follows through with the promposal where does that leave him?