I loved this novel so much that I bought the next book in the series Found. The first few chapters…I wasn’t sure if I would even like this book let alone love it. It does have a bit of a slow start. A few things could be slightly more condensed but I understand why Sanders included the build up of so many of the character even a few that could have been omitted such as Janet and Peter. I was constantly trying to fit the puzzle together between Ben and Camille since the chapters would switch between their point of view which was incredibly beneficial once their arcs crossed over. Ok…now for the overview of the novel and the characters which I completely love even if the novel does end on a cliffhanger. If you are one of those people who despise cliffhangers either buy Found  or skip this book. Although, I recommend buying Found, both novels are well worth the money. 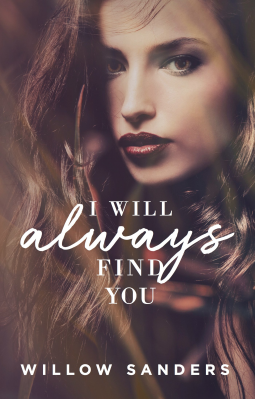 Camille works in the communications division of the Kansas City Chiefs football team. She works long hours especially during the football season, but Camille or Cammie is a bit of a loner. She was raised to not depend on other or to make new friends. She was taught those things because her mother was always moving them around the country. Cammie never thought much about any of these traits until after two very different attacks against her. The first was when her apartment was robbed and two months later, when she was attacked and nearly kidnapped. This is how she met the local Kansas City Police officer Peter Parker who she nicknamed Spiderman and her home health nurse Janet. The attack left Cammie with numerous health issues since she was hit at the back of her brain stem.

Agent Benjamin Vaughn has been chasing down the Jefe Cartel for the last six years of his career in the DEA. He has already taken down the Mercado cartel a direct competitor for Jefe. Vaughn has already lost his best friend to the cartel–he won’t lose anything else. After he tracks down and puts Jefe behind bars–he’s done. A nice quiet ranch in the middle of nowhere in Wyoming. Ben didn’t expect to be sent to Kansas City. Why in the world would the Jefe cartel be there? It is land locked most cartels are along large port cities. He goes where the leads and the DEA sends him. He is working with the KCPD, CIA, FBI, and Homeland to capture Jefe. Vaughn is missing a piece to the puzzle. Why does his beautiful neighbor fall into the pattern of criminal activity within the Jefe organization. What does Jefe want from Cammie? More importantly, why can’t Ben stay away from her?