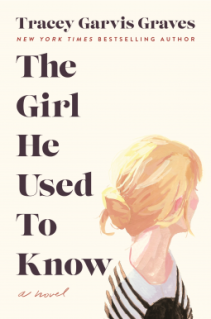 Annika Rose is an awkward English major at the University of Illinois. She has anxiety in every social situation–she doesn’t know how to respond or how to act. She over analyzes every interaction with others. Her over analysis comes in handy every Sunday night when she casually plays chess with the members of the chess club. This is the only time she enjoys the company of others–she prefers her solitary life.

Jonathan Hoffman is trying to finish out his last year of college at U of I since he had to transfer there from Northwestern. Jonathan has always enjoys a good game of chess. The first time he ever loses is the same day he loses his heart to the quiet awkward girl.  He slowly uncovers what makes Annika tick one piece at a time. She is brutally honest –almost to a fault. But he loves that she doesn’t play games and tells it like it is. She pushes and challenges him like no one has before.

Jonathan was offered a job in New York and Annika remains in Chicago to finish her degree and recovery. Though the two made plans to be together after her graduation…they grew apart by tragedy. Annika realized that she needed to learn to take care of herself without her best friend and roommate or without Jonathan. But that didn’t stop the anxiety or her “weird quirks” as her co-workers call it. Later, Annika finds out exactly why she is the way she is. Her therapist helps her cope and deal with her inner turmoils and encourages her to step outside of her comfort zone. That’s what lead Annika to give Jonathan her phone number when she ran into him at the grocery store ten years later.

What started out as a “let’s catch up” lead to a new relationship. But Jonathan is fresh off of a divorce and is attempting to re-establish himself at the Chicago office of the financial brokerage company he works for. How can he have a relationship with Annika and have a flourishing career where his is required to take a plus one to assist him with networking? Annika can barely talk to him let alone socialize with strangers! But after a new diagnosis from a neuropsychologist and her therapist–Annika has new skills that she didn’t have before.
Annika is further pushed beyond anyone’s comfort with a new tragedy that changed not only her life but the lives of an entire nation on September 11th. Her boyfriend, brother, and best friend’s husband were all at work in the financial district in New York. One of them were in the South Tower of the World Trade Center when a commercial flight hit the building. Annika is determined to get to her loved one–no matter her own personal fears including her fear of driving.