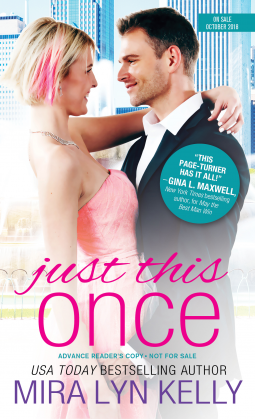 Sean Wyse has an image of his ideal wife–the right education, pedigree, and social standing. But when it comes to the women he dates for fun–the complete opposite. And they are all blonde with blue eyes much like his best friend, Molly Brandt. Sean needs to uphold the family reputation–lately, his mother has been pressuring him to find the ideal wife. Sean doesn’t want a marriage like his parents. He recently discovered that his parents have never been faithful to each other–that explains his two half brothers by his father’s mistresses. His parents only remain married for appearance sake. Sean wants to marry for love not as a business deal.

Molly Brandt has been in love with Sean since she was 15 when her parents were killed and she had to move in with her older brother and his roommate (Sean).Sean did everything he could to get Molly out of her depressive funk and to smile. Molly has been secretively in love with Sean since then. She tries to hide it. She finally has a handle on it–she doesn’t cry every time he seriously dates someone. Her heart no longer yearns for him. That’s when her crush was only one-sided. Sean goes and changes things beginning with throwing her deadbeat roommate out and replacing him. Molly can take care of herself–she has three jobs and two businesses to run. She doesn’t need Sean to rescue her. She can take care of herself. Molly asks Sean to move out. No way can her heart handle a near naked Sean in her apartment–she could barely handle it when she was a teen. Now, she could do something about it–only if Sean feels the same way. No way is she going to be just another notch on his bedpost.

What happens when Sean feels the same way? He has always been protective of her much like her brother, Max. But unlike Max, he wants to savor every inch of her. He can’t stop thinking about her. His mother and other people make Molly insecure about herself. Can he get through to her about how he feels about her?