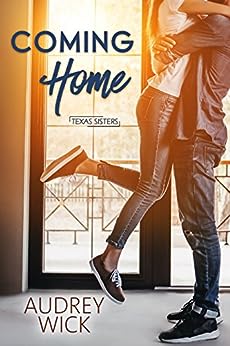 Mallory Fredrick has her dream job–too bad that her self-esteem is tarnished from a student threatening her on social media. She questions everything from her own safety to her teaching abilities. Due to the threat, Mallory is forced to take emergency sabbatical without pay. She has to leave Santa Fe and move in with her younger sister and nephew during her sabbatical. Mallory needs help moving her stuff from Santa Fe to her sister’s place in Texas.
Four guys moving is a company that Alec O’Donnell started with his buddies shortly after college. A company that started out as a bunch of guys helping other people move in and out of their dorms. Now, the guys have families and can set their own schedules and pricing. They all have families of their own except Alec–who is the lone single guy. And he is the only one around during the holidays to help Mallory. Alec is instantly attracted to her–one small problem, she’s moving to another state. But they continue a friendly relationship. Alec even invites Mallory to his family reunion. That’s where Mallory almost comes face to face with the student who nearly ruined her life–both professionally and personally. Alec is determined to find out why Mallory ran from Santa Fe and to help bring her back to the job and city she loves.